A good dentist will do everything in his power to try and salvage a damaged tooth. A missing tooth is a big problem, as it can cause the other teeth in the jaw to become loose and to eventually fall out, as the alveolus starts to disintegrate without a tooth in it, and so even a tooth root is better in the gums than extracted- as long as there is some hope that it can be salvaged and it does not risk the health of the patient with a potential infection. The only reason a tooth is extracted is if it is a source of bacterial infections. One of the last resorts of dentistry in the struggle to save a tooth is the apical tooth root resection. 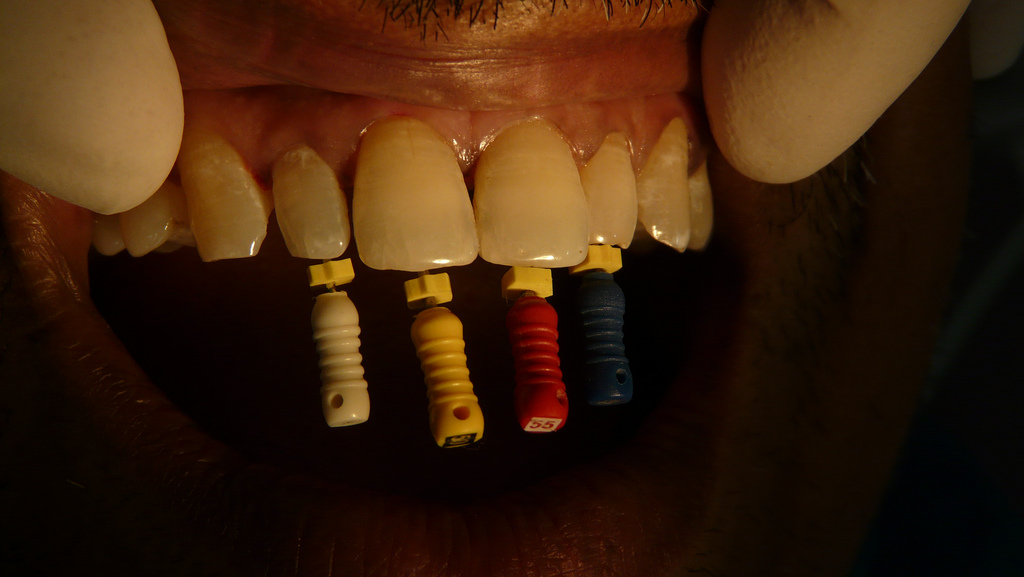 What is a tooth root resection?

If a tooth is infected with bacteria, eventually the bacteria will end up eating through the crown or side of the tooth, and start to infect the soft tooth materials inside the tooth. This means the dentine, the dental nerve and all of the tooth pulp inside the tooth chamber will be compromised, and usually large portions of the hard tissues of the tooth as well. Only a root canal treatment, with the removal of the soft tissues can be a solution, but sometimes this method is just not enough. For instance, the infection can get so severe that the root of the tooth is eaten away and the infection starts to pool in an apical cyst or an abscess beneath the tooth root. In these cases, a more severe form of root canal treatment, known as apical tooth resection, is needed. During this procedure, the infected material is removed, and the tooth root is amputated.

This is one of the last stages that a tooth can undergo before it is removed. Usually apical resection is reserved for teeth that are already dead, and that have been root canaled before. A dead tooth does not necessarily need to be removed, as this just means that it is no longer absorbing nutrients and is no longer connected to a dental nerve. Dead teeth can remain functional for a long time, and preserving them is a good idea if they do not carry the risk of further infection. An apical resection can make your dead tooth usable and safe for another few years, perhaps even a decade.