With the not too recent legalization and decriminalization waves emanating from the US, many companies are taking a new look at cannabis. Although favored as a recreational drug, cannabis has been known to have some meager medical effects as well, but it has been hard to have a serious conversation about the plant, what with its use and research being flat out illegal, or in the gray zone at best, and because much of the conversation was dominated by self titled gurus and afficionados who swore that it can cure cancer and expedite evolution. But now serious researchers are being given the time of day to research and experiment with cannabis, and its many active ingredients. One company that is making use of this new, laxer view of cannabis is the New York based Axim Biotechnologies.

The company makes its own toothpaste, dental floss, oral gel and mouthwash containing fluoride and a non psychoactive component of cannabis known as CBG (cannabigerol). The company has been a giant success, and has its own line of toothpaste called Oraximax, that is completely legal and can be bought online and in their home state. The toothpaste has not been examined by the FDA yet, as CBG is still considered a non medical substance, and is not considered harmful to the health. 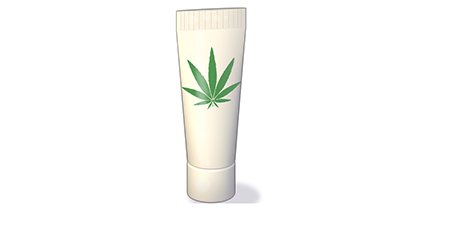 The truth about CBG

The fact that FDA does not consider CBG to be medicine should raise a few eyebrows. Although not harmful non toxic and completely non psychoactive , are we actually doing anything good by using it as a toothpaste? The research seems to suggest yes.

CBG has been proven to have anti-inflammatory properties, which means that it can help the periodontium, and is good for the soft tissues in the mouth. Anti-inflammatory materials are always anti bacterial as well, and CBG is indeed a bactericide. The compound is also anti-proliferative (meaning it creates conditions in the oral cavity that are hostile to bacteria and thus prevents them from proliferating), and regenerative (meaning it maximizes blood flow to the periodontium and helps injured areas recover). The compound is also a COX-2 inhibitor, which is the same effect as most nonsteroidal antiinflammatory drugs have.

Now that the stigma around cannabis is slowly fading, companies can really make it big relying on this plant. At a press conference earlier this year, Axim Biotechnologies has announced that it is thinking of expanding its line of products to include lip balm, shampoo, moisturizers, lotions and even baby powder made from the non psychoactive bits of cannabis. As growing and manufacturing cannabis is still illegal in the United States, Axim relies on a growing operation in Almere, the Netherlands. They can import the CBG as it is completely legal, and the manufacture and sale of hemp products is also completely legal.