I have been reading a bunch of articles about the supposed negative aspects of smoking on your teeth. Besides causing cancer, I cannot say that smoking does anything at all to your oral environment, and certainly does not make your teeth bad. I come to you to ask for the truth behind this big anti-smoking campaign. Is it really bad for teeth or is it just the anti-smoking hype? Please be honest!

I can assure you without a shadow of a doubt that the news you have read with regards to the negative oral effects of smoking are probably all true. You note the success of the anti-smoking campaign, and you should. The reason the campaign is so incredibly successful is because it is based on observable and testable facts. I do not know which campaign you have seen and what statements they have made, so instead of tracking it down I am going to simply tell you what I as a dentist know and have seen to be the negative oral effects of smoking cigarettes.

Oral cancer is of course the worst thing that can happen. Smoking greatly increases your risk of getting oropharyngeal cancer, and you are at high risk anyway, simply by being young in this day and age. Oropharyngeal cancer is the fastest growing cancer out there, and it is greatly exacerbated by smoking. 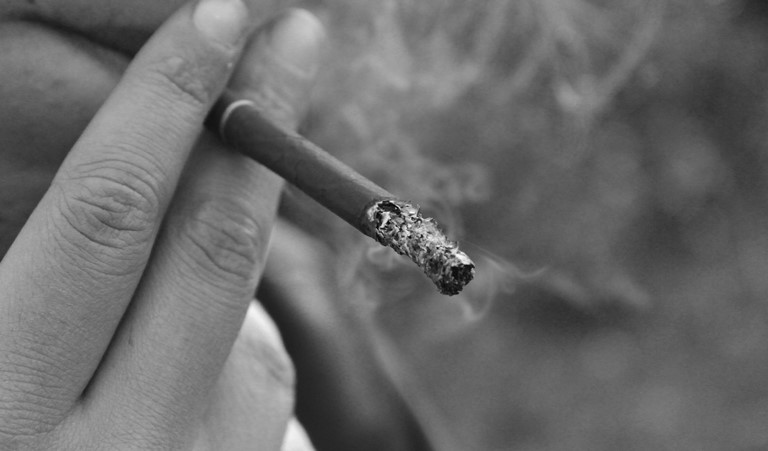 The problem that it causes that is quite severe is gum recession. This contributes to tooth loss, more frequent cavitation, and a host of other problems. When gums come into contact with poison, like the smoke from tobacco which contains hundreds of poisons, they will try and get away from the source and recede. The gums lubricate and protect teeth, without this protection, they will start to go to ruin.

Xerostomia, or chronic dryness of the mouth is linked with gingival recession in smokers. It also causes cavitation and bacteria to run rampant in your mouth. It is part and parcel of smoking. Decreased blood flow as well as constant exposure to tobacco smoke will make you have a drier mouth, which is is a mouth that is weaker and cannot protect against bacteria as well.

The teeth also do not like to be exposed to smoke. They stain from the tar in cigarettes, which is unsightly, but also gives bacteria a haven to love in and to stick to.

Receded gums tend to bleed more frequently, as the gums have now lost some of their mass, and the capillaries in the gums are now closer to the surface. Dried out gums also bleed more from increased extra capillary action.

The last and least serious but most socially crippling aspect of smoking is dragon breath, or halitosis. Because your mouth is dry and nasty, it will smell bad from the bacteria that live in it. These are just the most common and most severe problems you can encounter, if you wish, you can send me some of the “facts” you have heard and I can confirm or disprove them. However, with these being facts that I have personally encountered, I believe that quitting smoking is a great idea.