Most of the dental visits that most patients have could be easily circumvented, and are due to improper oral hygiene techniques. Most patients brush often enough, but not well enough, and this leads to cavities, fillings and root canals, and of course to periodontitis, gingivitis and other diseases of the gums. Below is a list of problems that should be taken into consideration.

When brushing, it is important to use small circular movements, as vertical movements have several disadvantages. One is that they create vertical lines or grooves on the enamel, which is an ideal hiding place for bacteria. The other is that it jams food detritus and bacteria into the alveolar pockets, and below the gum line where they cannot be reached by a toothbrush, and will start to fester. 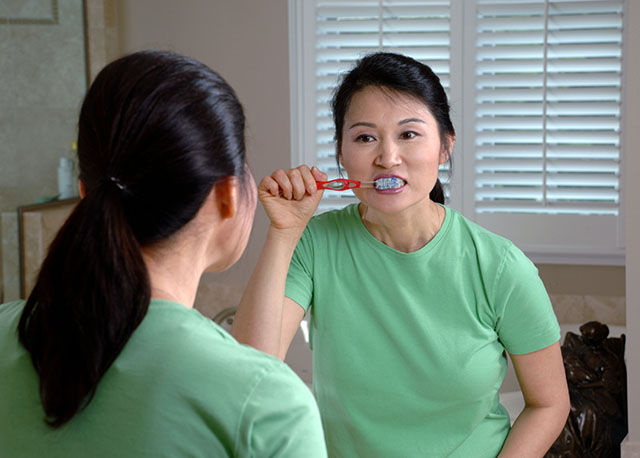 Most returning patients who come back with problems could save a ton of money and energy if they just flossed once a day. When flossing it is also important to start at the bottom and make your way up, thus preventing the jamming of plaque and food remains into your gums. Flossing will reduce your chances of tooth decay immensely.

Using mouthwash twice a day will minimize the chances of tooth decay. As mouthwash is liquid, it can get to all of the hard to reach places where other forms of prevention, like brushing or flossing simply can’t. Mouthwash will dry out your mucus membranes though, so you should not overdo it, as that can cause a weakened immune response in the mouth.

Orthodontic patients are considered at risk, and have a heightened chance of developing caries. This risk of tooth decay can be minimalized by brushing three times a day, by using an interdental toothbrush instead of dental floss for the duration of the orthodontic treatment, and by using plenty of mouthwash. It is important to not eat sticky foods and things that can be stuck in your braces, and to rinse your mouth out thoroughly after every single meal.

When brushing, it is important to be firm but gentle. Many times the patient brushes too vigorously, removing precious dental enamel as well as offending food detritus and plaque. This is a problem, as the teeth are helpless without enamel, and can decay much quicker. Make sure you brush gently but firmly.

Brushing may not be the most interesting activity of your day, but it is important that you brush for a full two minutes, and that you rinse with mouthwash for the allotted time as well. Some bacteria are more resilient than others, and may need to be gone over more than once. The constant brushing may also remove plaque that has a tendency to stick to tooth surfaces.