I seem to have a bit of a problem. I have had a crown on my tooth for around 5 years, and last night I ran into a bit of trouble, one thing led to another, and I seem to have swallowed my crown, this was about 12 hours ago. I am afraid to go to the toilet and am afraid to smile. What will happen? Should I go to an emergency room? Will I digest it? If I don’t will it damage me on the way out? What can I expect?

Please hurry with your reply, thank you!

This is a most unfortunate event, but it happens more frequently than you may imagine. Sometimes, as I imagine is the case with you, the crown is removed due to an accident or trauma to the mouth, and sometimes the bonding agent happens to go while the patient is eating or drinking something, and the crown will be swallowed accidentally.

If you have swallowed your crown for sure, you should go to an emergency room, so they can x-ray you and make sure that the crown is not obstructing some intestine, is not tangled or caught on something, and that it is not currently causing internal bleeding. If the crown does come out, it may cause some damage, but nothing very serious, a little tearing,a  little bleeding and that is about it. The problem is not the damage it will cause if the tooth comes out, it’s more a question of what damage will it cause while it is still inside you. The tooth that the crown was on will dissolve, and that will not cause any problems. The crown itself may take some time to dissolve though, and this can cause some internal damage, but you are probably safe. The reason to go to the emergency room is out of safety, you will not feel if anything goes wrong, as the intestines have no nerve endings. This way you can quietly bleed internally until you start feeling bad from blood loss. 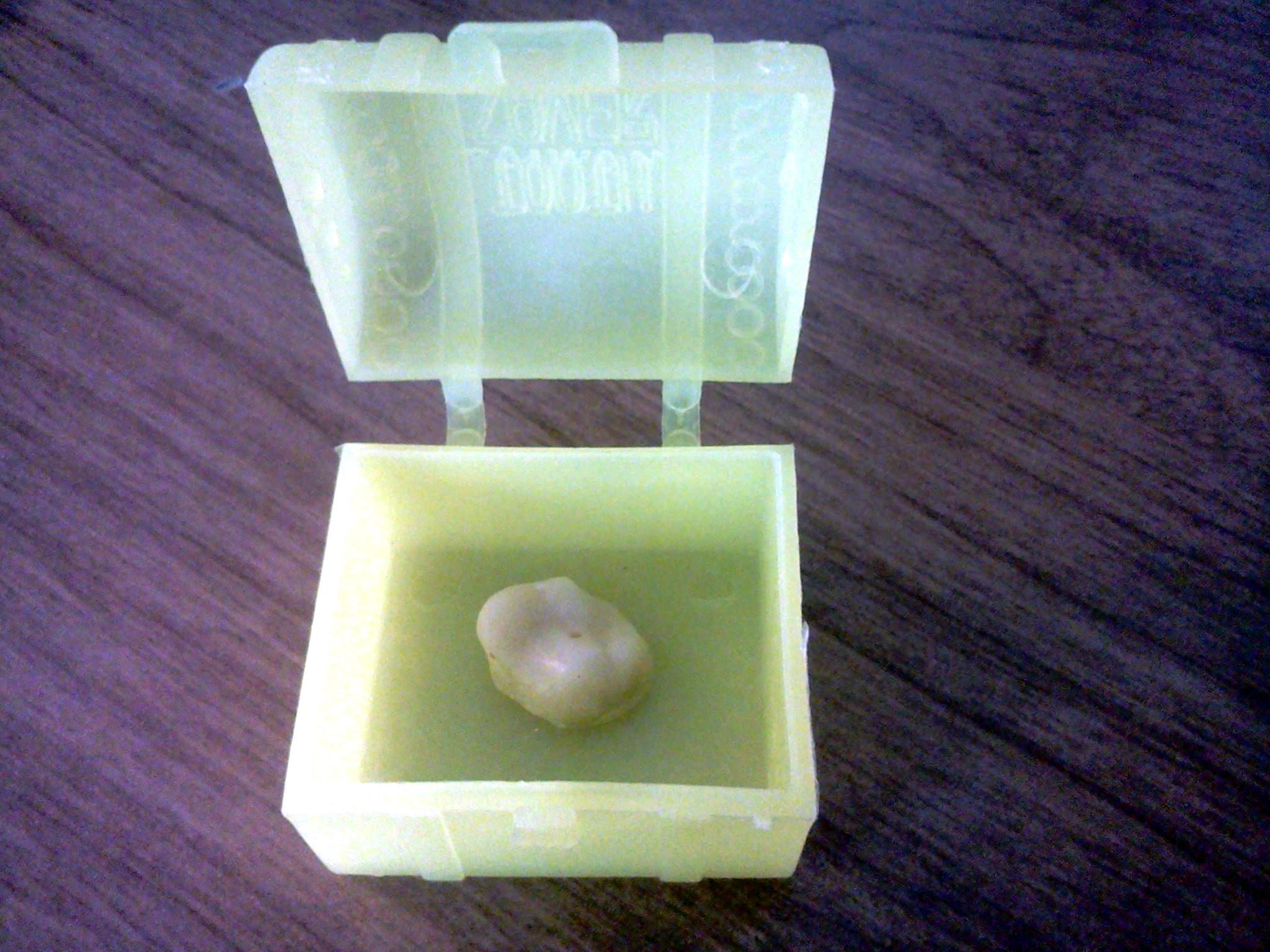 Being afraid to go to the toilet is also silly, you should go if you need to, and you will feel if something is wrong anyhow. And if the crown is out and there is no bleeding, you can forego seeing the doctor. If the crown does not come out in 24 hours, you must go to the doctor immediately, as this is a sure sign that the crown is blocking something, or is caught in a fold of the intestine, or somewhere on the inside.

The other, less savory thing I need to speak of is what to do when you actually see the tooth after it has gone through. You should remove it from the fecal matter (I know, this is disgusting) and rinse the crown off. Afterwards, you should take it to a dentist who will disinfect it and remove even microscopic amounts of feces from the crown, after which it will probably be put back in, unless it has been damaged.